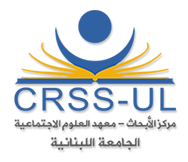 Over the last 35 years or so, Dr. Farah worked in a number of countries and continents developing, managing, implementing and advocating social development initiatives funded by the United Nations, governments, bilateral and multi-lateral donor partners. Over the last three years he was UNFPA’s Executive Advisor on Sustainable Development Goals and worked globally and for the Arab region on SDGs rolling out, implementation and monitoring strategies.

Dr. Farah authored, co-authored and published peer reviewed papers and reports in English, Arabic and French on a range of population and social development, migration, reproductive health, gender, youth and social cultural change; globally and for the Arab region. For instance, he co-wrote and edited the UN Think Piece on Population and Development (2012); guided the ICPD Beyond 20 Global Survey, globally and for the Arab region (2012-2014); coauthored and edited the global ICPD Beyond 2014 Review Survey Report (2014), co-wrote the Report of the ICPD Beyond 2014 for Europe, provided a synthesis of the ICPD Beyond 2014 Survey Report for the Arab region and presented the findings at the ICPD Regional Conference in Cairo (June 2013). In 2013, Dr. Farah Chaired the UN Drafting Committee and guided the preparation of the UN SG Report on the ICPD Beyond 2014 Review. He presented papers at many international conferences including his inaugural paper on "Population Dynamics in the Arab World: Dissimilar Patterns and Shared Challenges" at the IUSSP Conference in Morocco in September 2009.

Dr. Farah worked with highly committed and prominent government, UN, bilateral and multilateral development and philanthropic partners, in multi-cultural environments on identifying niches and initiating viable and sustainable social development activities. In many cases, he initiated, supervised and oversaw the preliminary research, engaged in a policy dialogue with relevant partners, secured support from relevant stakeholders and community groups for desired project options, developed the programme design, oversaw the management and implementation and devised capacity building strategies of local individuals and institutions

Recent Responsibility: Senior Advisor to the UN System on SDGs Roll Out in Lebanon,  Beirut, May – December, 2016

The Region includes Regional and Country Office structures. Provided leadership, technical, programmatic and managerial guidance to country offices and the regional team of technical and programme staff in the areas of population and development, reproductive health, humanitarian and emergency situations, gender and youth.

Provided leadership, strategic and technical advisory thinking and backstopping to governments, NGOs, UN and other regional counterparts on matters of ICPD Beyond 2014 and Post 2015. Guided country and regional offices and relevant business units at UNFPA Headquarters to position population and development issues in MDG/Post 2015 and ICPD Beyond 2014 matters.

I secured the endorsement of Social Development Ministries in the ESCWA region on policy options regarding social equity, international migration, aging and disability. I designed and convened a regional meeting on ageing and produced a report on the policy challenges and project opportunities of ageing in the Arab countries. The report became part of the UN Global Report on Ageing on the five-year review of MIPAA (Madrid International Plan of Action on Ageing).

I designed and managed a regional research on social exclusion in three pilot countries in Egypt, Lebanon and Yemen. The findings were used to update the MDG poverty indicators for the Arab region and to propose lead initiatives and niches for possible funding by UN and other development quarters.

I promoted a policy-oriented understanding of social and family policy and “social contract” and produced of a social policy advocacy document with reference to the Arab World. The report Social Policy: from Concept to Practice was produced in both English and Arabic versions and was launched by ESCWA in Beirut in December 2008 and was used as reference in the Arab region for setting up social policy units.

In this capacity, I: - Designed and coordinated the production of a Corporate Guide on Poverty Reduction Strategy for use by UNFPA; - Produced guidance notes on Poverty, Population and Development, Census, Migration, Ageing and Urbanization; - Designed and coordinated four international meetings on census, globally (New York) and in three continents as well as international and expert group meetings on Ageing, Migration and Urbanization; and - Made substantive advocacy presentations and interviews to different UN constituencies, the media, government officials, and parliamentarians and funding agencies.

6 - UNFPA Resident Representative/Country Director for over thirteen (13) years, in eleven (11) countries namely Romania, Moldova, Macedonia and Serbia (November 2009-March 2012), Ethiopia (May 2009-October 2009), India (UNFPA’s largest programme then) and Bhutan, (November 2000-March 2004), In this capacity I provided representational, technical, policy advocacy and managerial leadership and was successful in rallying the support of UN and other development partners and NGOs in matters of social development, gender, youth, HIV and women’s health, aged, disabled and youth activities. I am on records to have achieved highest levels of programme implementation and evidenced development impact in the programme countries for which I was responsible.

I was on a one-year special assignment to provide advisory and expert services on poverty reduction and social development strategies and projects. I carried out field missions in Jordan, Oman, Kuwait, Saudi Arabia, Tunisia and Algeria. In Saudi Arabia, I assisted the Social Affairs Ministry and Ministry of Planning in the analysis of poverty parameters and in devising intervention strategies including income generation activities.

I worked in different capacities in the respective areas of population, social development, social research, sustainable development and poverty reduction:

Regional Programme Officer, Cairo (1988-1989): I was responsible for the initiation, development, monitoring and administration of IDRC-funded social development projects in the Middle East and North Africa. I coordinated with other donors operating in the region and interacted with university professors, researchers, government and non-government agencies involved in the health, education and social sectors. My work covered areas such as family planning; gender, indigenous and cultural determinants of fertility; adolescent and female mortality and morbidity; labour migration and urbanisation; return migration; refugees and, training on research methodology.

Senior Programme Officer, Ottawa (1990-1992): I was responsible for IDRC’s population programme and for the technical review and monitoring of social development research projects, in the Middle East, West and North Africa and South Asia. I also initiated and monitored HIV/AIDS-related activities funded by IDRC, and promoted a Pan African Action Research Network on HIV/AIDS in East Africa.

Project Director, Ottawa (1992-1994): I managed for two years an Expert and Advisory Services Project funded by the Canadian International Development Agency (CIDA) in support of social development initiatives in the Middle East. The Project provided concrete recommendations to the Canadian Government primarily on health and employment projects for refugees. In addition, I was member of the Canadian Inter-Ministerial Committee on the Cairo UN International Conference on Population and Development.